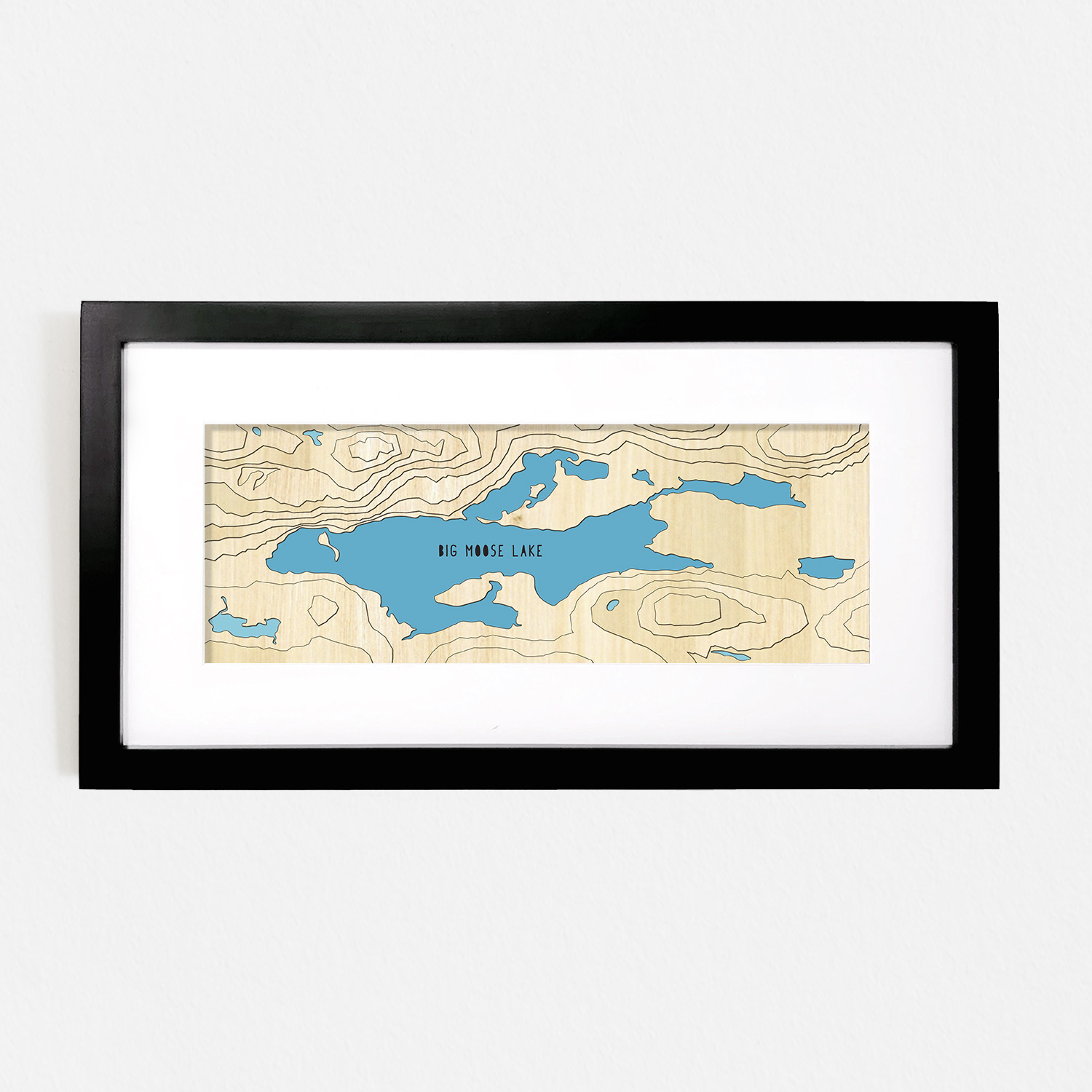 Big Moose Lake is at the head of the Moose River, about five miles north of Old Forge and Fourth Lake in the Adirondacks. While undoubtedly being a popular tourist destination, the lakeshore is known for being less developed than others in the area. When the area became more easily accessible by rail upon Big Moose Station’s opening in 1892, large private homes and resorts were built, many of them in the palisade architectural style featuring walls made of vertical half timbers. The outside of the logs are still rounded and covered in bark to face the elements while the inside sanded and varnished for a finished look. Building with unmilled wood was more practical and the vertical half timbers provided more surface area than traditional log cabins. The Waldheim resort, established in 1904, is a prime example of the style.

Fishing is popular on Big Moose Lake, though, for a time the activity was threatened by acidification of the many of the regions lakes. With the increase of industrial activity in the northwest beginning in the late 1800s, coal combustion released large quantities of sulfur dioxide into the air which transformed into sulfuric acid and in turn acid rain. In the 1970s park rangers detected an increase in lake water acidity and the dying off of their many species of fish.

Historical records of Big Moose Lake’s pH level were available as far back as 1760 providing data showing the effect of the sulfuric acid. The effects have been largely mitigated by Title IV of the Clean Air Act Amendments of 1990 which targeted acid rain and required sulfur dioxide emissions to be significantly reduced.

W.M. Stigliani (1988). Changes in valued capacities of soils and sediments as indicators of nonlinear and time-delayed environmental effects. Environmental Monitoring and Assessment.

The Murder and Haunting

One of the unique stories of Big Moose Lake is the reported haunting of Grace Brown who was murdered in 1906. The story has been portrayed in plays, songs, a movie, novel, and an episode of Unsolved Mysteries in 1996. Grace moved away from her family home in 1904 at the age of 19 to work in the Gillette skirt factory. There she met and began a secret relationship with the owner’s nephew Chester Gillette. His social status made him unwilling to publicly be involved with a factory girl.

In 1906 Grace became pregnant, which at the time for an unwed woman was a tragic affair. She begged Chester to marry her in letters until in July he took her on a romantic getaway to the Adirondacks. Expecting to receive a proposal or perhaps be married on the trip, Grace joined him as they visited Utica and Tupper Lake before heading to Big Moose Lake. A few days into their trip they took a rowboat from the boathouse at the Glenmore Hotel onto Big Moose Lake where Chester struck Grace in the head causing her to fall out of the boat and ultimately drown. Chester was arrested soon after her body was discovered and later sentenced to death by electrocution. 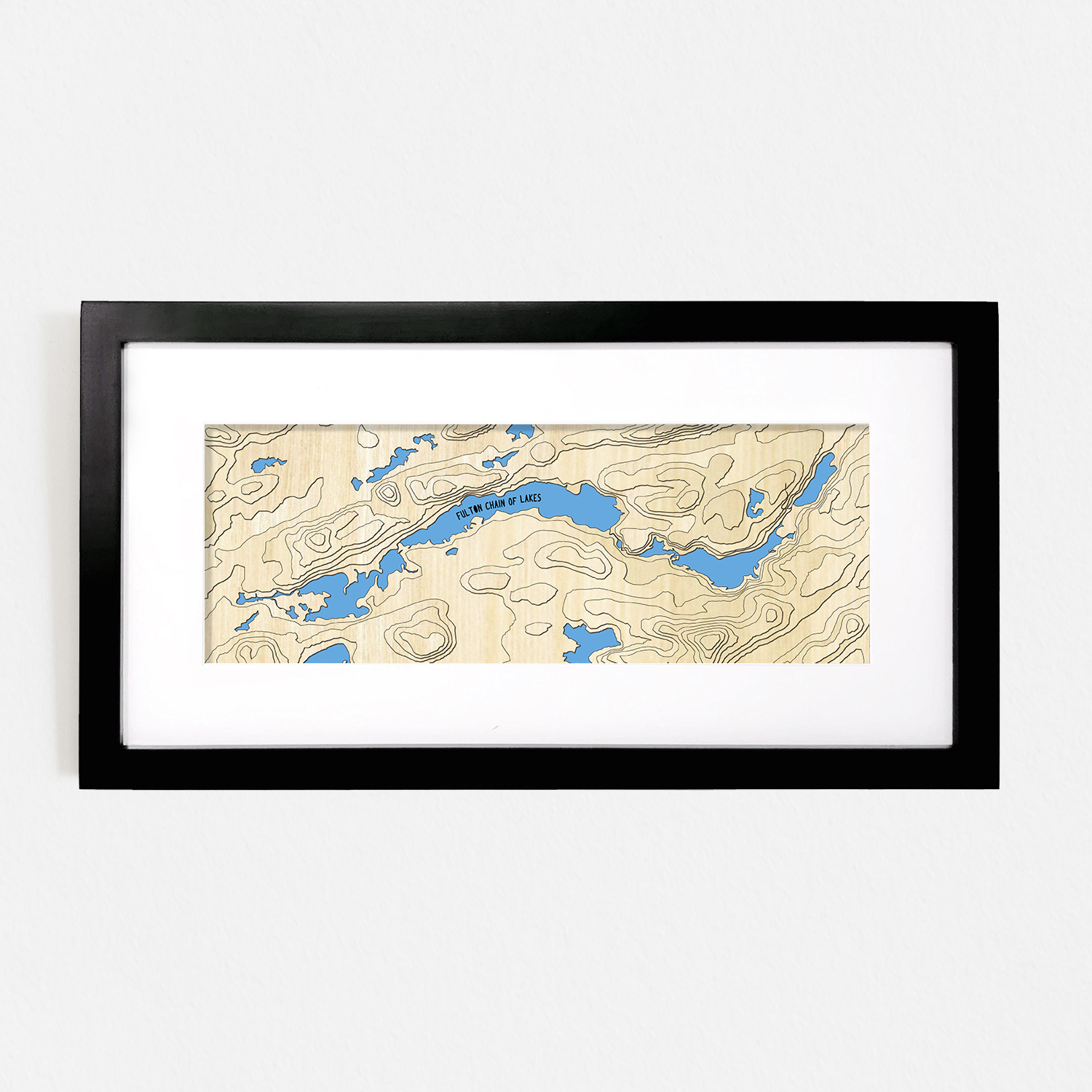 The chain of lakes’ namesake, Robert Fulton, is credited with the first commercially successful steamboat, the Clermont. In 1807 the boat traveled 300 miles roundtrip up the Hudson River from New York City to Albany and back in 60 hours, changing river traffic and trade in America. Just a few years earlier, Fulton was commissioned by Napoleon Bonaparte to design what would known as the first practical submarine, the Nautilus.

The middle branch of the dammed up Moose River forms the chain of lakes. In 1799 John Brown built a dam that increased the size of the first four lakes making them more navigable and providing power to surrounding sawmills. The state redirected water from the Black River for the Erie Canal in the mid 1800s, and in 1880 both enlarged Brown’s dam and built another dam at Sixth Lake to help affected mill owners downstream on the Black River.

Governor David B. Hill signed the Forest Preserve Act of 1885 creating both the Adirondack and Catskill Forest Preserves. The law ended extensive logging occurring throughout the region that was not only destroying the forests, but leaving the empty land abandoned to erode. The new law created the Forest Commission and required that the land “be forever kept as wild forest lands.” In 1891 the Forest Commission created a map showing the boundaries of the park in blue.

In 1892 the railroad to Old Forge was built and by the early 1900s the area had over 40 hotels on the lakes becoming a popular area for recreation and tourism. Paul Bunyun moved into the Adirondacks in 1956 when the Enchanted Forest of the Adirondacks opened in Old Forge, New York. In 1968 the white arch, one of eleven from the 1964 New York World’s Fair, was raised in the parking lot. Over the years the park grew and expanded from its original 35 acres to 60, eventually changing its name to Enchanted Forest Water Safari after adding water slides in the mid 1980s.

The Fulton Chain of Lakes is part of the 740 mile Northern Forest Canoe Trail which begins on First Lake and ends in Fort Kent, Maine. It’s also surrounded by hiking trails sporting impressive views of the lakes including the 2 mile out and back trip to Bald Mountain. The fire tower at the end of the trail is one of 120 built in New York in the early 20th century.